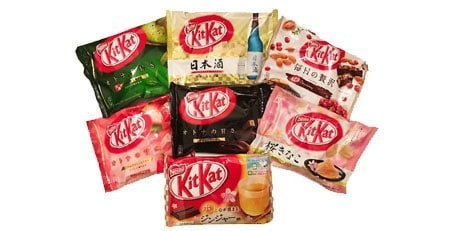 Henri Nestlé gave his name to what is now the world’s largest food and beverage business, with over 339,000 employees, 442 factories in 86 countries and sales of more than $130 billion in 2014.

In 1867, at a time of high infant mortality, Henri Nestlé developed a milk-based food for babies unable to feed from their mothers. Within five years, Nestlé Milk was being sold around the world as a food for babies, old people and the infirm. Rapid development followed and Nestlé soon diversified into other areas with the introduction of a condensed milk product, followed by a move into the growing chocolate industry.

In 1973, Nestlé’s Kit Kats were introduced to Japan and in 2014, they were the top-selling confection in the country. There have been more than 300 limited-edition seasonal and regional flavours of Kit Kats produced in Japan since 2000.

Kit Kats in Japan are produced at Nestlé-owned factories in Himeji and Kasumigaura. The milk chocolate used for Kit Kats is made from whole-milk powder and Nestlé buys most of its cacao beans from West Africa.