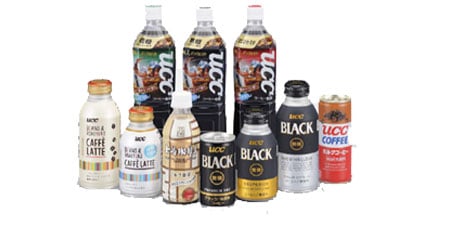 UCC Coffee Company started as a store under the name of “Ueshima Tadao Shoten” in 1933. It became a limited partnership in 1940 and in 1951, became “Ueshima Coffee Co., Ltd.”. The company introduced the world’s first canned coffee, “UCC Coffee with Milk” in April, 1969, which started the trend for canned coffee in Japan.

UCC products include coffee for brewing, instant coffee, and ready-to-drink products. In terms of markets, UCC manufacture coffee for home-use and out-of-home use, as well as coffee beverages, single-serve coffee systems, and products for overseas markets.

For UCC, coffee is more than a beverage. So they created Coffee Museum to educate and promote coffee culture. The museum explains everything from the origins of coffee to its cultivation and coffee culture, together with coffee extraction devices and documentary records, among other artefacts.

In April 2007, UCC opened its UCC Coffee Academy, Japan’s only comprehensive educational institution specialising in coffee. The academy, which enables its students to learn about all aspects of coffee systematically and at their own level, is the repository of the coffee-related information, expertise, knowledge and skills accumulated over the years since UCC was first founded.