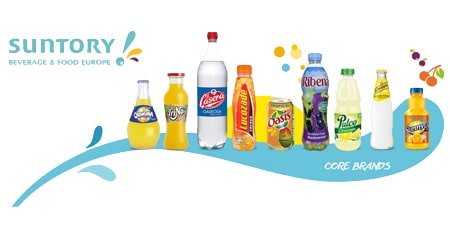 Suntory Beverage & Food Limited is a Japanese brewing and distilling company group. Established in 1899, it is one of the oldest companies in the distribution of alcoholic beverages in Japan, and makes Japanese whisky. Its business has expanded to other fields, and the company now also makes soft drinks and operates sandwich chains.

With its 2014 acquisition of Beam Inc., it has diversified internationally and become one of the largest makers of distilled beverages in the world.

In 2009 Suntory acquired Orangina, the orange soft drink for 300 billion yen, and Frucor energy drinks for 600 million euros. On 2 July 2013 the company debuted on the Tokyo stock exchange and raised almost US$4 billion in the process.