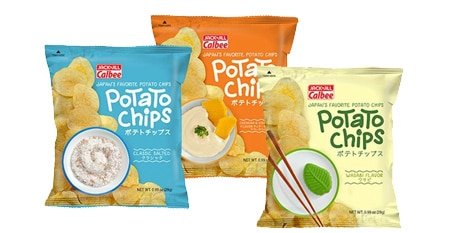 Calbee Inc. is a major Japanese snack food maker founded in 1949. It launched operations at a new plant in the United States for making its mainstay products “Kappa Ebisen” shrimp chips and “Saya-endo” snow pea crisps in 2007. Its snacks are hugely popular in Asia, and are well known in the United States. Its headquarters are located in the Marunouchi Trust Tower Main in Marunouchi, Chiyoda, Tokyo.

Calbee sponsored the Tyrrell Racing F1 team from 1990 to 1994, when Japanese drivers Satoru Nakajima and then Ukyo Katayama drove for the team.

The company was also one of the sponsors for the anime, Tiger and Bunny. Alongside DMM.com, they sponsored the character of Dragon Kid.