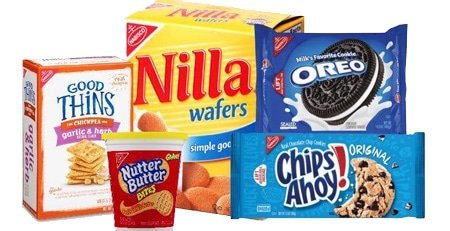 Nabisco (abbreviated from the earlier name National Biscuit Company) is an American manufacturer of cookies and snacks headquartered in East Hanover, New Jersey. The company is a subsidiary of Illinois-based Mondelēz International. Nabisco’s plant in Chicago, a 170,000 square meter production facility at 7300 S. Kedzie Avenue, is the largest bakery in the world, employing more than 1,200 workers and producing around 320 million pounds of snack foods annually.

Nabisco opened corporate offices as the National Biscuit Company in the world’s first skyscraper, the Home Insurance Building in the Chicago Loop in 1898.