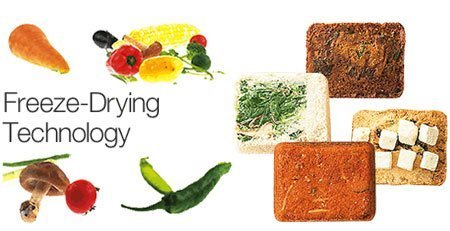 Amano Foods is a Japanese company that makes freeze-dried products. Freeze-dried food is instant food that can be made just by adding hot water, but they are totally different with cup noodles.

After freezing food cubes, they are made dried without heat. In this way, vitamins and the other nutrition are kept as much as possible.

The company was established in 1947 to manufacture caramel, powdered seasoning, freeze-dried foods, and health food.

Amano Foods was the first in Japan to develop glucose high-colour caramel. In 1957 it succeeded in developing and manufacturing the first powder caramel in Japan. “Everything is for the customer” is their motto.

With a capital of 67.5 million yen, it’s now acquired by Asahi Group Foods.